Enjoying a cold beer after a hard day’s work is the best way for a beer lover to relax! Beer culture is slowly growing in India, people want to try new and varied varieties. Beer is one of the oldest and most widely consumed alcoholic beverages in the world; It has become the one drink that unites us all! With its rich history rooted in Europe, the continent is home to some of the best varieties of beer and spirits. Recently, the European Union invited me to learn more about the nuances of beer and spirits through its ‘More than eat’ campaign and I experienced the amazing diversity of food and drink Europe has to offer. 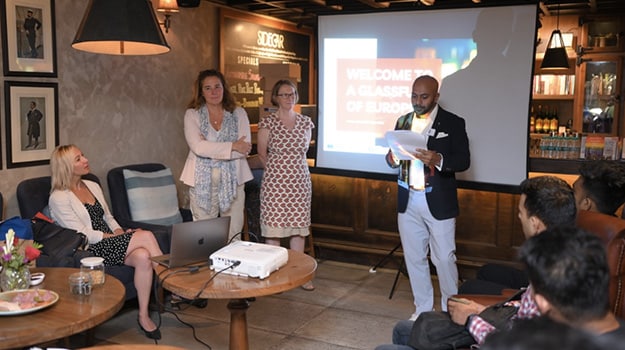 The event called “A Glassful of Europe” focused us on trying the best of Europe – liqueurs, beer, vodka, cheese and more. This special beer and spirits tasting was led by Vikram Achanta, CEO of a beverage tasting training center in India, and Magandeep Singh, sommelier. Held at Sidecar (GK-2, New Delhi), who from Delhi’s food and beverage community were invited to try Europe’s offerings. We tried Swedish vodka, Polish vodka, Irish whiskey, French cognac, Irish cream, Italian beer, Belgian beer, and German beer. Due to Europe’s rich agricultural history, their food and drink have an incredible variety of unique flavors and tastes, which are a reflection of the soils, climates and cultures in Europe. Therefore, one can taste a refined difference between these cheeses and beer and vodka from different countries of the European Union.

Overall, I had a great time at the event, learning interesting things about European agriculture and enjoying good food with great beverages.