The Supreme Court has agreed to hear a plea seeking permission to worship a structure found inside the Gyanvapi mosque during a survey conducted on the premises in May. While Hindus are calling it a ‘Shivling’, the Masjid Committee says it is a fountain. 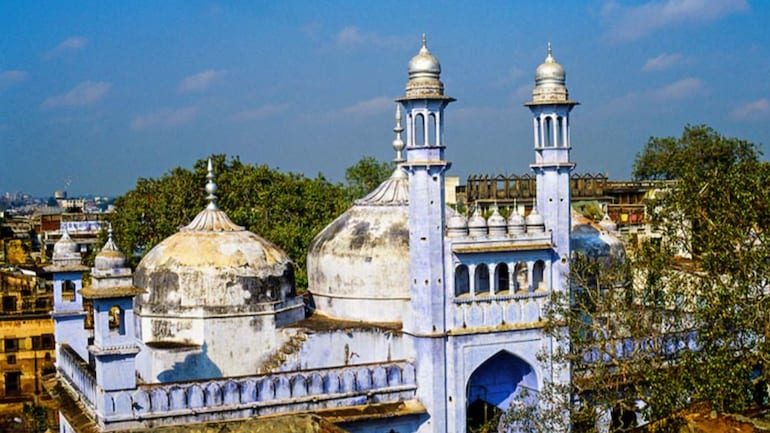 The Supreme Court has agreed to hear a plea seeking permission to worship a structure found inside the Gyanvapi mosque during a survey conducted on the premises in May.

A petition filed by a group of seven devotees was mentioned for urgent hearing before a bench headed by CJI NV Ramana on Monday, 18 July. “We have asked for a scientific survey of the matter by the ASI and said that once the survey is done, we should get the right to worship on the Shivling,” said advocate Vishnu Shankar Jain, appearing for the Hindu side in the case.

The petitions had sought a court order to give possession of the structure of a Shivling allegedly found in the mosque premises to the Kashi Vishwanath Temple Trust and allow worship and rituals to be performed there. However, the Masjid Committee has been firm on its stand that the structure is nothing but a fountain.

It also called for a survey of the complex using ground-penetrating radar technology or excavation to ascertain the carbon dating of the structure and the “nature of construction under the Shivalingam”.

Devotees have also requested to install live streaming camera equipment at the “Shivalinga” site to allow devotees to perform virtual darshan and symbolic worship of the Shivalingam, which can be offered to the Nandi idol, which is installed nearby. disputed structure

This is now the second petition before the top court seeking worship of a “shivalinga” found inside the mosque during a survey conducted on the premises in May. However, the report of the survey is yet to be taken up for consideration by the Varanasi court.

LIC’s rich policy: Get Rs 54 lakh on maturity by investing Rs 238 per day

The company has started booking for Hyundai Tucson 2022, SUV is equipped with cool features