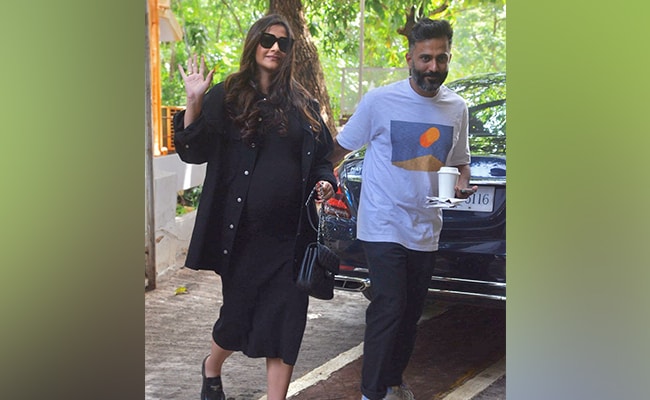 Sonam Kapoor and Anand Ahuja, who are soon going to embrace parenthood, spent Sunday afternoon with Rhea Kapoor and her husband, Karan Boolani. The couple was seen outside Rhea’s house in casual and classy outfits. For her day out, Sonam opted for a black bodycon dress and completed her look with black shoes and a matching sling bag. On the other hand, Anand looked cool in a white printed T-shirt teamed with black pants and white shoes. Check out the pictures below: 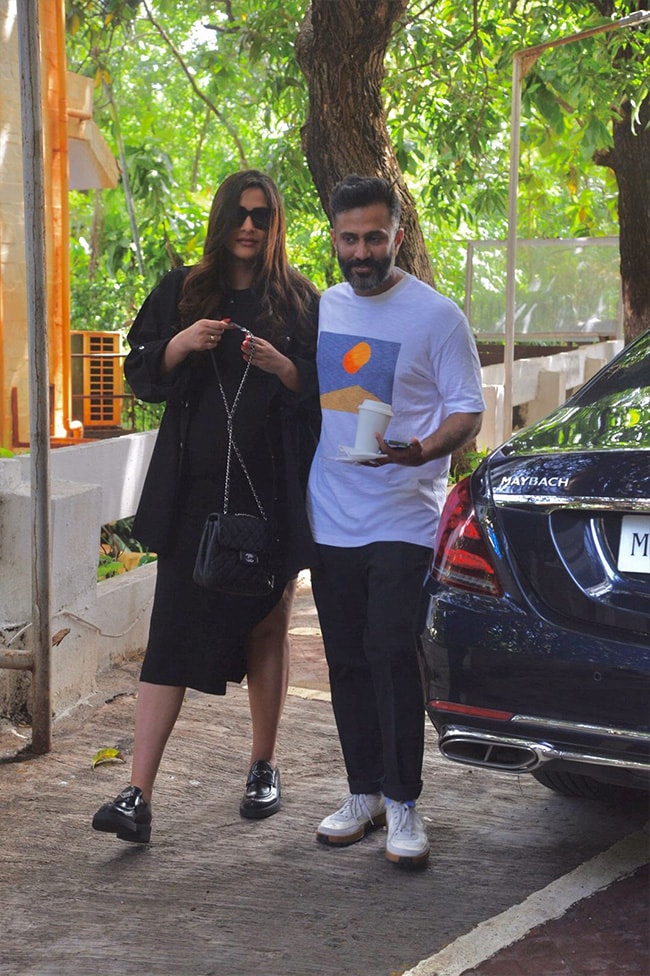 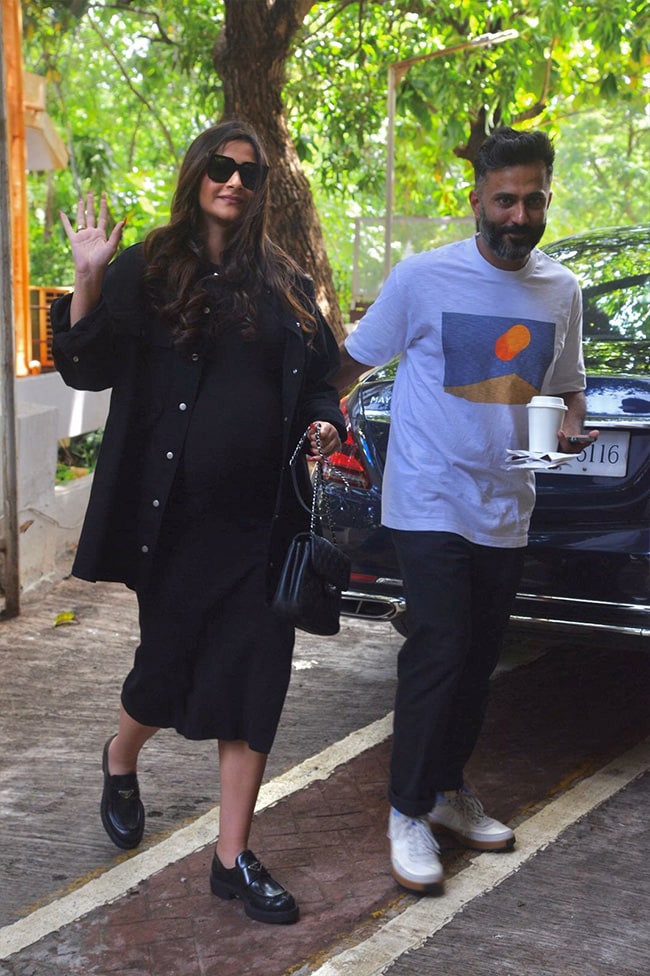 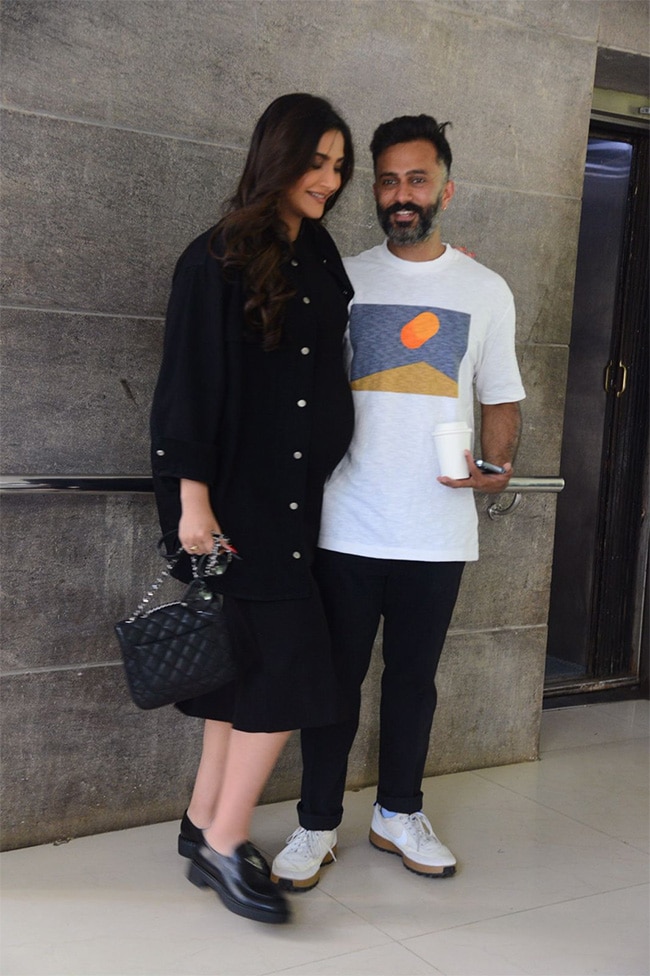 There were reports that Anil Kapoor is going to organize a baby shower at Sonam Kapoor’s aunt Kavita Singh’s bungalow in Bandra. However, as per new reports, they called off the ceremony due to the rise in the COVID-19 cases and instead had a small get-together at Sonam’s residence.

Sonam Kapoor and Anand Ahuja are expecting their first child this fall. After dating for several years, the two got married in 2018. Announcing the pregnancy news, Sonam shared a post on her Instagram handle and penned a lovely note, which read, “Four hands. To lift you the best we can. Two hearts. It’s with you.” Every step of the way together. Dhadkega. A family that will shower you with love and support. We can’t wait to welcome you.

Earlier, Sonam Kapoor and Anand Ahuja were busy enjoying babymoon in Italy and later joined Rhea Kapoor and Karan Boolani in Paris. Check the posts given below:

On the work front, Sonam Kapoor was last seen in the film. AK vs AK, Thereafter, she will appear in Blind.

Big facility started for SBI customers, many works of the bank will be done through Whatsapp without going to the branch

Salman Khan was born in this hospital, now the state’s state-of-the-art eye hospital has become