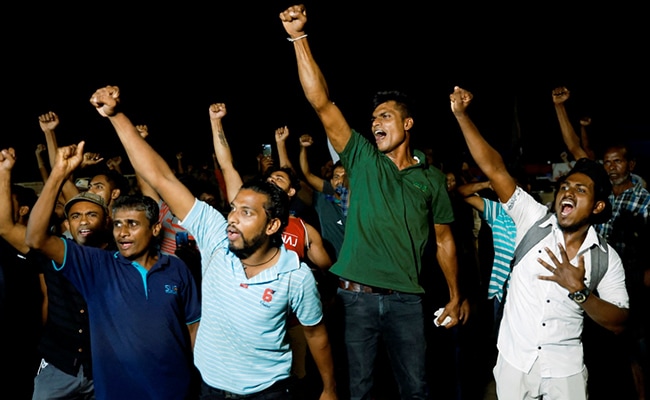 Political parties will nominate their candidates for the presidency on Tuesday. (file)

Sri Lankan students and other groups plan to protest Tuesday against Ranil Wickremesinghe’s bid for the presidency, as lawmakers gathered in parliament to finalize candidates for the role.

Six-time prime minister Wickremesinghe took over as acting president following a popular uprising amid a devastating economic crisis that forced the previous incumbent Gotabaya Rajapaksa to flee Singapore and resign. Angered by rising prices and lack of food and fuel, the protesters want Wickremesinghe to leave.

Among other candidates in the fray is Dullas Alhapparuma, a senior ruling party legislator who served as mass media minister and cabinet spokesperson and leftist leader Anura Dissanayake.

“I want the people of Sri Lanka to know that I will take the right decision at an appropriate time to protect the national interests of my motherland and the rights of all my fellow Sri Lankans,” Premadasa said on Twitter. ,

Political parties will nominate their candidates for the presidency on Tuesday, with lawmakers voting on who will complete Rajapaksa’s term, which is set to end in 2024, on Wednesday.

Badly hit by the pandemic and tax cuts by the Rajapaksa government, Sri Lanka is in the midst of its worst economic crisis since gaining independence from Great Britain in 1948.

Inflation of more than 50 percent and shortages of food, fuel and medicines have brought thousands of people to the streets in months of protests, which culminated in the ouster of Rajapaksa.

The government has called an all-party meeting today on the Sri Lankan crisis. 10 update